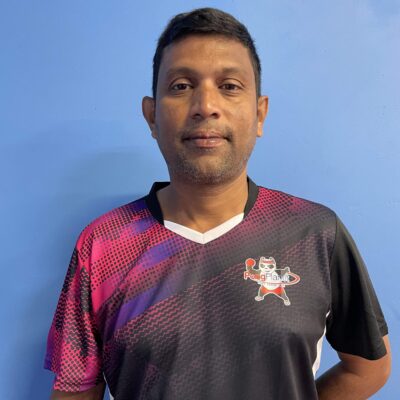 Wajira is a full time table tennis coach with over 25 years of experience. He is ITTF coach education expert which only 122 people in the world holds this title including seven people in the USA. He is also certified as level 3 ITTF coach which is the highest coaching certification from International Table Tennis Federation.

He is skillful in coaching not only technical, fundamental, physical part but also the psychological part of the table tennis game in any age and any level. As accomplishments, his students have won international medals as well. He also has experience representing more than 17  international tournaments as a national team coach.