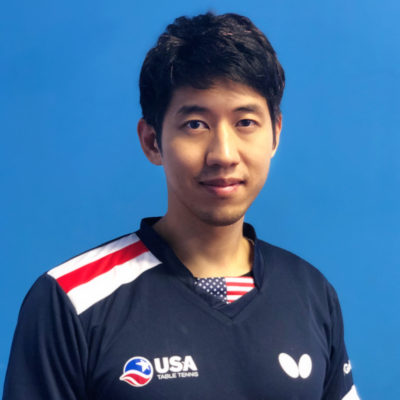 Before moving to the Bay Area, Daniel worked as a full-time coach in the MJ International Club. He also played competitively and was an elite member of World Table Tennis Club in Korea. Daniel has experience in personal training and conditioning and holds a bachelor degree in Accounting/Finance Texas ChristianUniversity.

Daniel believes a coach’s philosophy towards teaching is as important as his skillset. As a coach, Daniel is capable of breaking down complex techniques into bite-sized pieces so even a beginner can execute them without feeling overwhelmed. He tries to help them leave with a sense of accomplishment at the end of the day, which he ultimately believes will help them stay engaged with the sport. He spends a great amount of time critically observing and analyzing professional players and his students to keep up with new techniques and game strategies, as well as teaching methods.