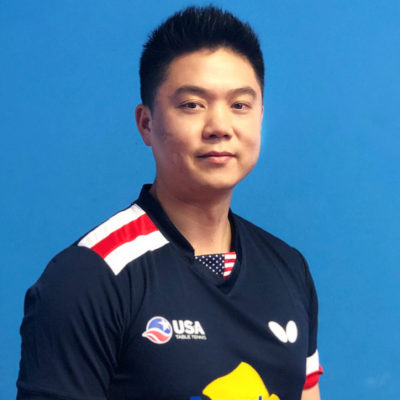 Director and Founder of PongPlanet Club, James is also a high-level USATT Certified Coach. Before moving to the US, James was a professional table tennis player and an elite member of the Sichuan table tennis team. In December 2005, James joined the Palo Alto Table Tennis Club as a full-time coach. As a professional player, he reached the Top 20 in the United States. Over the years, he has evolved into an effective coach, incorporating the style, technique and methodology learned during his own training years in China. Top that with his personal experience as a highly ranked professional player. James is proficient in Mandarin and English, and possesses a warm, patient, encouraging attitude that works very well with little kids as well as grown-ups, whether beginners or advanced professionals.